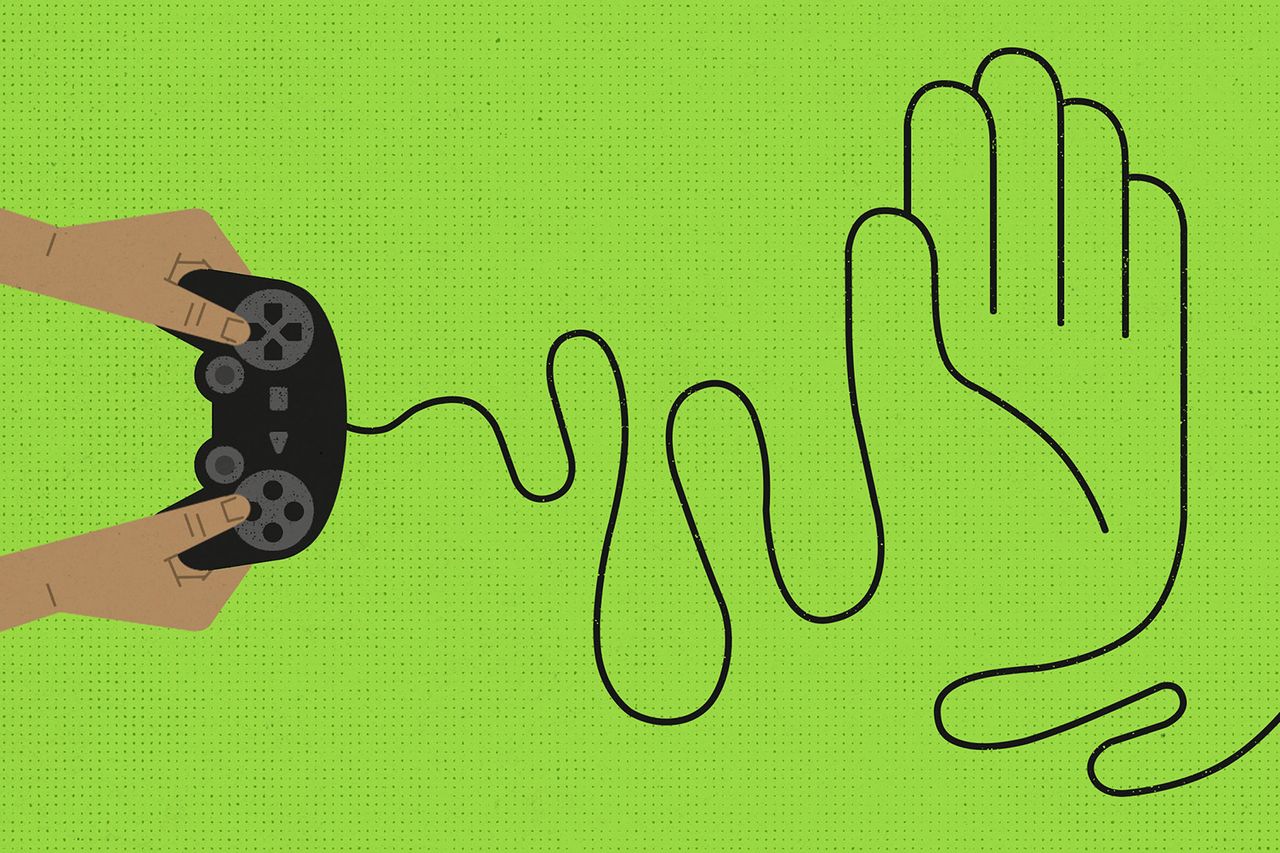 When my 10 year old son recently met a young adult making rude comments in a “Minecraft” game, he and his friends told the intruder to leave their “world”. When he didn’t, my son left the world which caused all the other players to start. Then he stopped the man from playing with him again.

When he told me, I wasn’t horrified that he was so exposed to strangers online. In fact, it caused a feeling of pride. Why? Because it showed me that he was learning to spot bad actors and deal with them.

It wasn’t the first time he’d met a stranger saying or doing things he didn’t like in a game, and it probably won’t be the last. He once blocked a teenager in another online game who shared what my son only described as an inappropriate photo of his girlfriend. He blocked other players for swearing.

At first, I was uncomfortable letting my son play games with people he had never met in person. Wouldn’t it be better if he never had to go through these forays in the first place? But seeing how he treated them made me wonder: are we doing kids a disservice when we lock everything down? Is it better to give them carte blanche and help them develop digital intelligence to navigate the online world safely, knowing that we can probably step back if necessary? Would it be a good idea to let the kids interact with strangers?

To control myself and make sure I wasn’t fooling readers, I called several online security experts. They confirmed that there is now an overhaul of the conventional wisdom around avoiding strangers.

As the line has blurred between our online and offline worlds, he said, experts advise parents to weigh the risks and the rewards. “It’s about you, as a parent, helping your kids manage risk in order to get the rewards of playing games online or meeting people on social media,” Balkam said. “The way to be risk-free is to take all the devices offline and turn off the router until they’re 18. But then you take away all the rewards.”

There are times when intervening on behalf of children and even shutting down something is necessary, such as when there is evidence of predators among them. As parents, we need to be vigilant about this, especially now, as our kids are spending more time online than ever before. My colleague Sarah Needleman recently wrote about the increase reports of online child exploitation during the coronavirus pandemic.

“All friends start out as strangers, and if you look through that lens, what we teach our kids is to be respectful, and when they’re not treated with respect, to use the tools available to them.” said Patricia Vance, chair of the Entertainment Software Rating Board, which assigns age and content ratings to video games and reports those that allow gamers to interact online.

“The entire anti-alien movement has done more to create anxiety in children than to protect them,” said Michael Rich, director of the Center on Media and Child Health at Boston Children’s Hospital. “If you turn everyone you don’t know into danger, you’re living in a pretty scary world.”

The movement also masked a greater danger for children, namely that they are more likely to be abducted or assaulted by someone they know than by a complete stranger.

Stranger Danger is rooted in high-profile kidnapping cases from the 1980s and resurfaced in the early days of the internet; these fears continue to shape how we parent and how we view technology.

So how do we let go of our fears and prepare children for an increasingly online life?

Experts I contacted suggested taking a gradual approach to enable online interaction. With young children, parents can allow them to communicate only with adults and friends that their parents know and trust. FaceTiming to grandparents or texting friends through a parent’s phone, or even using a application with strict security features-are ways to start. When children are young, parents can limit who they are allowed to play with by using parental controls in gaming systems, and then relax those controls as children grow older and mature.

“The age of 10 to 12 is an open period where the training wheels are starting to come off a bit, and we are moving from parental controls to online safety tools,” Balkam said.

How do you feel about letting kids interact with people they don’t know online? Join the conversation below.

The tools my son used involved the ability to immediately remove and then permanently block players who were not playing well. While I am proud of the way my son handled the situation, I don’t have blind faith in his ability to make the best decision 100% of the time. He is, after all, another good 15 years of having a fully developed prefrontal cortex.

His game console is in the family room, where he can be heard talking while he plays. My husband joins in at random times, identifying himself as the father, so he understands who our son is playing with and the players know there is an adult around.

Review the technology options. Rosalind Wiseman, co-founder of Cultures of Dignity, an organization that supports the well-being of young people, suggests that parents sit down with the children to review the options a game offers to block, mute or report a player who does something that makes them uncomfortable. “It shows them how to develop their skills and prepare if something does happen,” she said.

Never let go of your guard. Dr Rich said it’s important to teach children to view online-only friends as always on probation. “People who are good at caring for children are sophisticated enough to bide their time and seem to be something else until the children let their guard down,” he said.

Stay on topic. In addition to teaching your children to never disclose personal information, it is important to caution them against straying from the topic of gambling or posting on social media. A stranger who begins to discuss things of a more personal nature can be a red flag.

Do not step out of the platform. If someone asks your child to participate in a one-on-one live chat or other messaging service, where there is no moderation, your child should know not to follow.

Write to Julie Jargon at julie.jargon@wsj.com