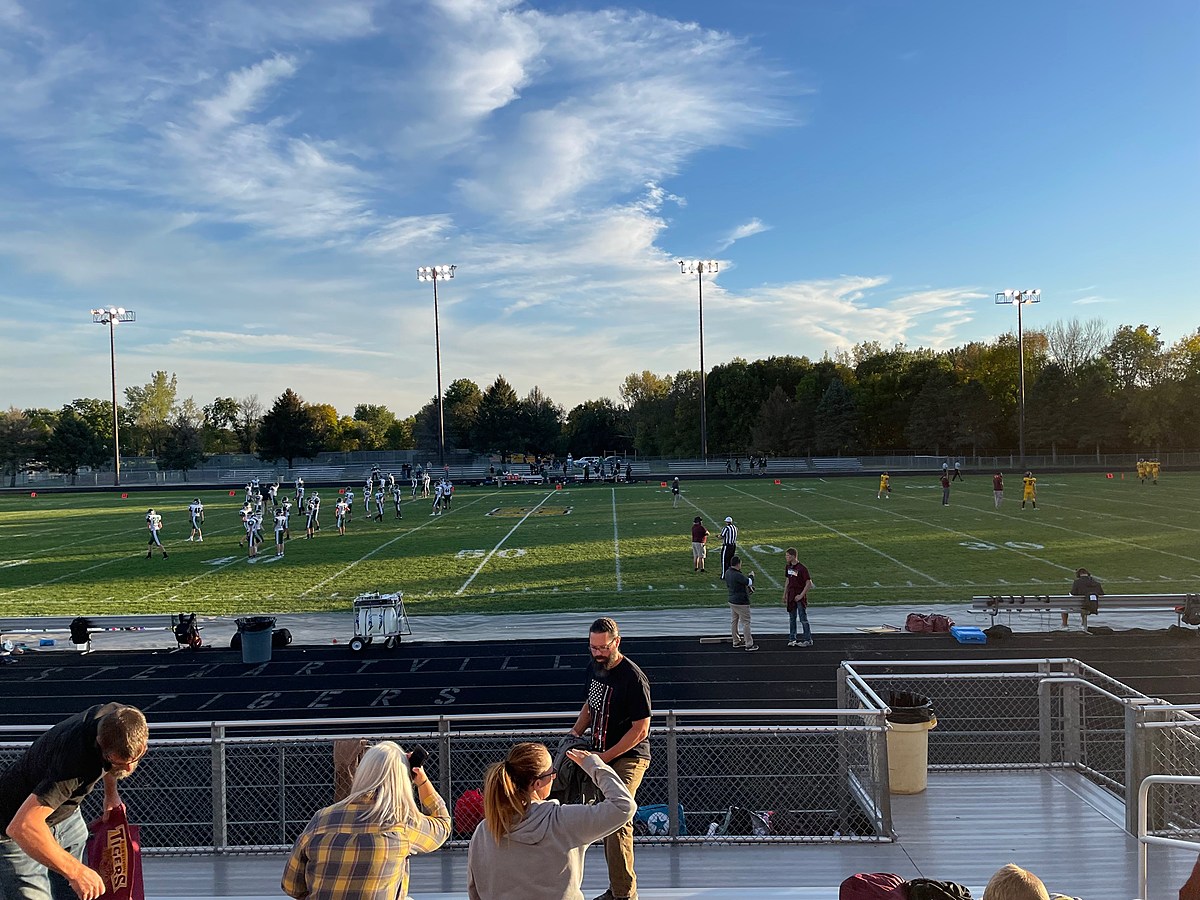 The Stewartville Tigers were trailing the Faribault Falcons 26-21 at halftime, but unfortunately for the Falcons, there are two halves in football.

The Tigers dominated the third quarter en route to a 35-26 victory at Schaeffer Field on the Stewartville High School campus.

Big games were the order of the day for both teams. The offenses on display were fun to watch. Before the game, I remember saying that the Tom’s Lock and Key of Faribault key for the Falcons would be: “Do what they do on offense and find a way to stop Tigers on defense.”

The difference in this game came down to one thing, the protection of the quarterback. Stewartville eldest Eli Klavetter handled Stewartville’s offense well.

Faribault’s senior quarterback Hunter Nelson did the same when given time.

It looked like Faribault was going to extend his lead by 5 points at half-time to open the second half. Isaac Matta delivered a terrific kickoff return to the 50-yard line. The Falcons reached the Stewartville 14-yard line, but couldn’t convert on an empty fourth down on the drive.

The Tigers started to make their way onto the pitch, mainly by running the ball efficiently. In the first half they had 46 yards rushing overall and I felt like they wanted to focus more on the run to open up the pass even more.

Give credit to the Stewartville line, they helped their backs move the chains across the field by setting up Klavetter’s 32-yard strike to Alex Larson who would set their team up in earnest.

Faribault was able to move the ball, but the Tigers were able to bottle Nelson more in the second half and not give up any big play to the Falcons.

Stewartville received the opening kickoff and scored with 10:47 left in the first quarter on a 10-yard pass from Kalvetter to Larson. Parker Wangen’s extra point shot was good.

It didn’t take long for the Falcons to tie the game. With 9:24 to go in the first quarter, senior Matthias Lenway looked like he was shot with a bazooka rifle in the middle for a 59-yard touchdown. Senior Edwardo Solis scored the extra point.

Stewartville tried to convert a fourth down and the Falcons stopped him.

Faribault only took one game to take the lead. A 68-yard touchdown pass from Nelson to Jordan Klecker. The pass was actually about 15 yards downstream on a crossroads and Klecker missed a Tigers player and kept his balance on the touchline and in the end zone. Solis’s kick was good again and the Falcons had scored 14 unanswered points. It came with 7:27 left in the first quarter.

Stewartville tied the game with 3:28 left in the first quarter on a 21-yard pass from Klavetter to Owen Sikkink. Wangen’s extra kick was good.

The Tigers blocked Faribault from converting on the fourth down, then scored with 11:04 left in the first half on a 19-yard pass, Klavetter to Alex Wood. Wangen’s kick was good again.

With 7:16 to go in the first half, Hunter Nelson finished a drive off with a 12-yard run, but the extra kick attempt was blocked by Stewartville to keep the Tigers in the 21-20 lead.

An unsportsmanlike penalty against Stewartville blocked their next practice. With 5:22 left in the half, Nelson slipped under the cross and dove into the end zone for a one-yard touchdown. The two-point pass attempt was not good.

Faribault had his chances in the 4th quarter, but a Nelson fumble recovered at the Stewartville 11-yard line and an interception when it looked like Nelson was trying to throw the ball out of bounds stopped his final attempt.

Left-hander Nelson was riding on the right under heavy pressure at the time.

The final stats had Faribault with 426 total yards versus 411 for Stewartville.

The Tigers threw for 300 yards and Klavetter completed 22 of 30 passes for 5 touchdowns.

Faribault finished the game with 199 rushing yards on 32 carries. Stewartvilled had 111 yards on 25 carries.

Stewartville had no sales. The Falcons two turnovers.

The statistic of the game outside of turnovers may have been this one. The Falcons were 3 of 11 on third down conversions and 3 of 8 on fourth downs.

Stewartville finished 2 of 6 in conversions on third down and 1 of 3 on fourth down.

AJ Worrell led Faribault with 8.5 tackles and was wearing a boot when I followed him off the field. Johnny Frank had 5 tackles, Devin Lockerby 4.5.

Stewartville was ranked 9th by the Minnesota Associated Press this week and Faribault 10th in Class 4A.

Stewartville is heading to Byron next Friday.

Results from other regions on Friday evening:

The Scientist and the AI-Assisted Remote Control Killing Machine