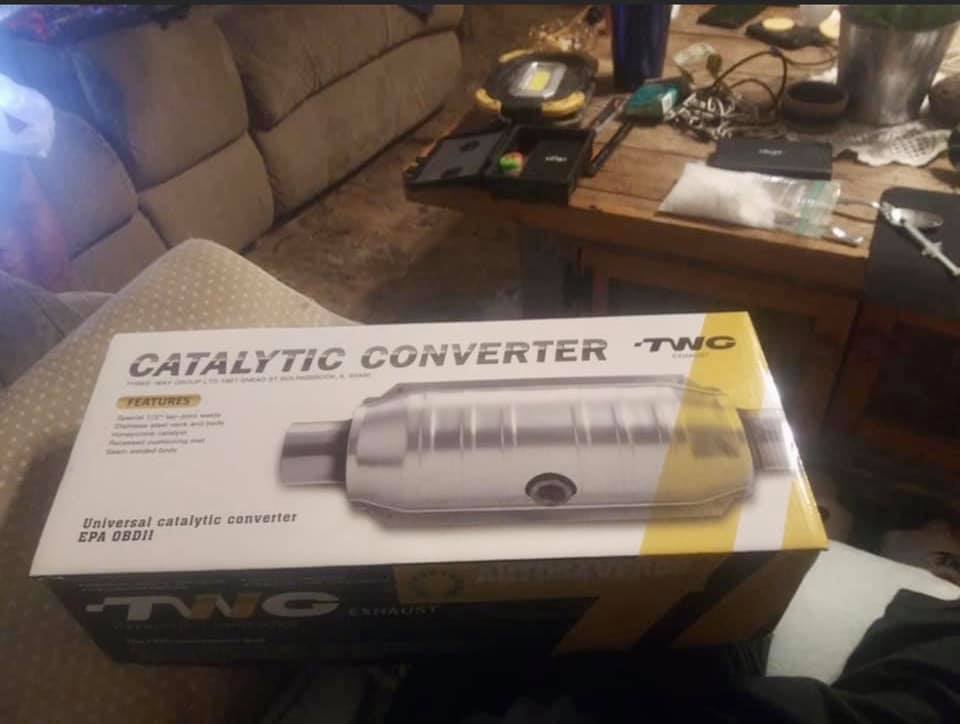 A Missouri Sheriff’s Department sent people a reminder this week after a social media sales ad led to an arrest: Keep your drugs out of online photographs.

The sheriff was told of the discovery by an eagle-eyed citizen, who noticed that someone trying to sell a catalytic converter online posted a photo Tuesday night that included a “large bag of meth and a syringe” in the background, the Stone County Sheriff’s Office reported.

On Wednesday, detectives attended the man’s home and served a search warrant.

“You can imagine his surprise !!” Stone County Sheriff Doug Rader wrote in a Facebook post. “He still had 48 grams of methamphetamine and a gun he is prohibited from owning!” We have now provided her with a new place to stay.

The sheriff’s office identified the suspect as James Kertz, according to KY3 television station from Springfield, Missouri.

A prison file showed the 38-year-old man was arrested Wednesday afternoon and jailed on suspicion of drug-related offenses.

“Take note that if you are selling articles on social media, make sure your drugs are not in the background! Rader wrote on Facebook.

And for those who wish to purchase the catalytic converter: unfortunately, the item is no longer on sale at this time, according to the sheriff’s office.